This past week has been pretty amazing as I tipped the balances by having a $500 dollar day. You would think that that would be euphoric enough, but something else happened on Saturday that topped all of it. It starts with a message on Messenger from a person who has been on my friend list at Facebook for some time now.

The conversation began by his contacting me to tell me he had joined the same Team as me at ClickTrackProfit. We discussed various aspects of promoting the team, and how he could stay in touch with us, and get updates on how the team was performing, etc., Our conversation continued for over an hour and eventually I left the conversation to go cook dinner. 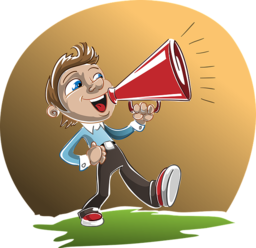 The following morning I was checking my messages and found a voice mail on Messenger. The message was a request for me to converse from now on using recorded messages, then he went on to explain that he was blind and it was difficult for him to read my written messages quickly enough to respond effectively.

In his Facebook profile, he is wearing dark glasses and if I had taken the time, I would have noticed the one photo with his guide dog, but I did not.

I guess the moral of this story is this: when you receive a friend request from someone and you accept it, go back and spend a few minutes to get to know them a little bit better.

To Anthony Slate, my sincere apologies, for being such an ignorant blockhead. I hope we can still have a long meaningful business relationship.